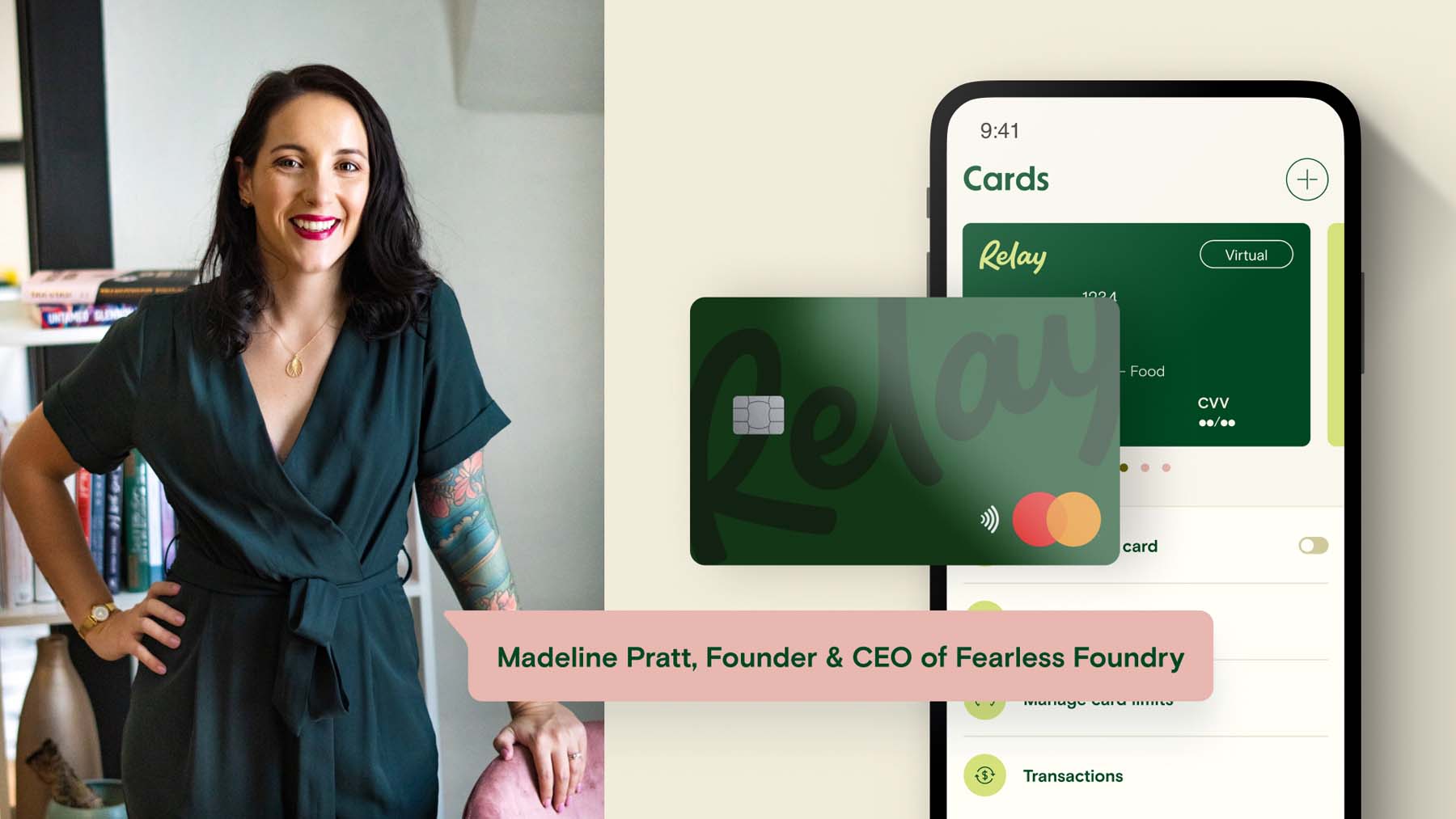 Madeline was headed to a conference when she uncovered employee fraud at her firm. Multiple bank accounts were at risk and had to be "reset": closed and re-opened with new account numbers. Most banks took weeks. But with Relay, Madeline was able to reset her accounts in minutes—without ever losing access to her funds.

You know that sinking feeling when you realize you've lost your wallet? Now, imagine that just minutes ago you also closed every one of your bank accounts. And it's all happening as you're traveling to a different state.

That's the situation Madeline was finding herself in. "As it was all unfolding," she explains, "I was headed to travel for a week. And I was like, 'I don't know what I'm going to do. I'm not going to have a working credit card or debit card.'"

Madeline was on her way to a conference when she discovered that a senior-level employee was committing fraud inside her firm, Fearless Foundry.

Since starting the business in 2019, Madeline had grown Fearless Foundry from a solo consultancy to a team of ten. "Maybe a little bit too optimistically," says Madeline, "I just hired everybody out of the goodness of my heart without conducting background checks." And now, one of those hires was trying to defraud her company.

Uncovering the extent of fraud

Fearless Foundry offers a wide range of creative services—from branding strategy to marketing plans and execution. Every client engagement is unique; every contract is custom. A senior-level employee saw this as an opportunity to manipulate the contracts for their own benefit. Madeline explains:

"This employee had positioned themselves in a role where they were influencing what was happening in our sales pipeline. They were basically trying to skim off the top of what was going on inside our company and position deals so that they could take home earnings."

Luckily, Fearless Foundry caught this early on. "We had hired a few new team members who were privy to our contract and proposals process. They noticed discrepancies, which started an internal investigation."

But the investigation revealed that it wasn't just Fearless Foundry's sales pipeline that was potentially compromised—the breach extended as far as bank accounts.

The employee in question had access to Fearless Foundry's corporate card, password vaults, and potentially even bank logins. As the investigation progressed, Fearless Foundry's outsourced CFO advised that the company was at high risk of ACH fraud. Then suddenly, unusual transactions appeared in Madeline's accounts.

"I, unfortunately, had this person potentially try and steal from every single bank account that I had. Not just the business bank accounts, but the personal bank accounts," explains Madeline.

In total, at least nine accounts were compromised and needed to be secured. This included:

Madeline needed to take three steps in response to the breach:

With Relay, the security response was near-instant.

How Relay came through "when nothing else was working"

As the extent of the breach unfolded, Madeline's first priority was to lock everything down.

"I was in the back of a Lyft and I reached out to my CFO and said, 'This is what I think is happening. We need to secure all the financial assets in the company and put everything on freeze until we can figure out what's really going on.'"

And so kicked off the process of locking everything down.

Freezing cards and accounts in minutes

While still on the phone with her CFO, Madeline opened up Relay's app and instantly locked all Relay cards. Next, she set up new checking accounts and transferred all of her funds from the old accounts to the new ones.

"We set up new operating accounts for the business in Relay and transferred all of the funds. Any cards or ACH information that had been associated with the old accounts was basically wiped clean. So I'm literally in the back of a Lyft and in under a minute, I had taken care of protecting all of our financial assets in Relay. Whereas outside Relay, it took me over a week to handle every single other banking element."

Having locked most of her accounts, Madeline was now traveling with just one functioning card left. Then, without being asked and without any notice, Madeline's traditional bank locked the one remaining card as well.

"I got to Vegas, and that card was declined. So now I was traveling with no working card, and I was not even going to be able to buy myself lunch." She phoned her traditional bank for help but was told that the card would remain locked for security reasons. Madeline would have to wait for a new one to arrive in the mail.

No credit cards, no debit cards, accounts frozen, away from home—Madeline felt stranded.

"It was infuriating because I was sitting in a restaurant with available bank balances on all sides, but the inability to simply make a transaction. That's a really scary situation to be in."

Then, Madeline remembered that she could use Relay's virtual cards right away—without having to wait for a new physical card in the mail. So she did exactly that. Madeline issued herself a Relay virtual card, linked it to her phone's Apple wallet, and spent the rest of her travel days operating normally, as if nothing was happening.

"If I hadn't had that virtual card, I don't know what I would've done. It saved the day in a huge way and allowed me to breathe a sigh of relief. And so, in that moment, when nothing else was working, Relay was the thing that did."

Auditing 6 months of transactions in Relay

Had any more fraud gone unnoticed?

In the aftermath, Fearless Foundry needed to audit all transactions going back 6 months. Such audits can be extremely time-consuming. You have to trace back your steps, comb through your bank statements, and follow up on anything even remotely suspicious.

But thanks to Relay, the audit moved very quickly. Because detailed vendor data accompanies every Relay transaction, Madeline's team was able to identify all purchases and flag anything suspicious quickly. "Relay made it really easy for us to audit all of our accounts because of the level of detail you get about each transaction," says Madeline.

Perhaps the most important thing for Madeline was the support she got from Relay. With her business finances on the line, Madeline needed to know that her money was safe. And while she spent hours on hold and playing phone tag with other banks, Relay's support team talked her through exactly what to do. Madeline was able to secure her business while staying operational. 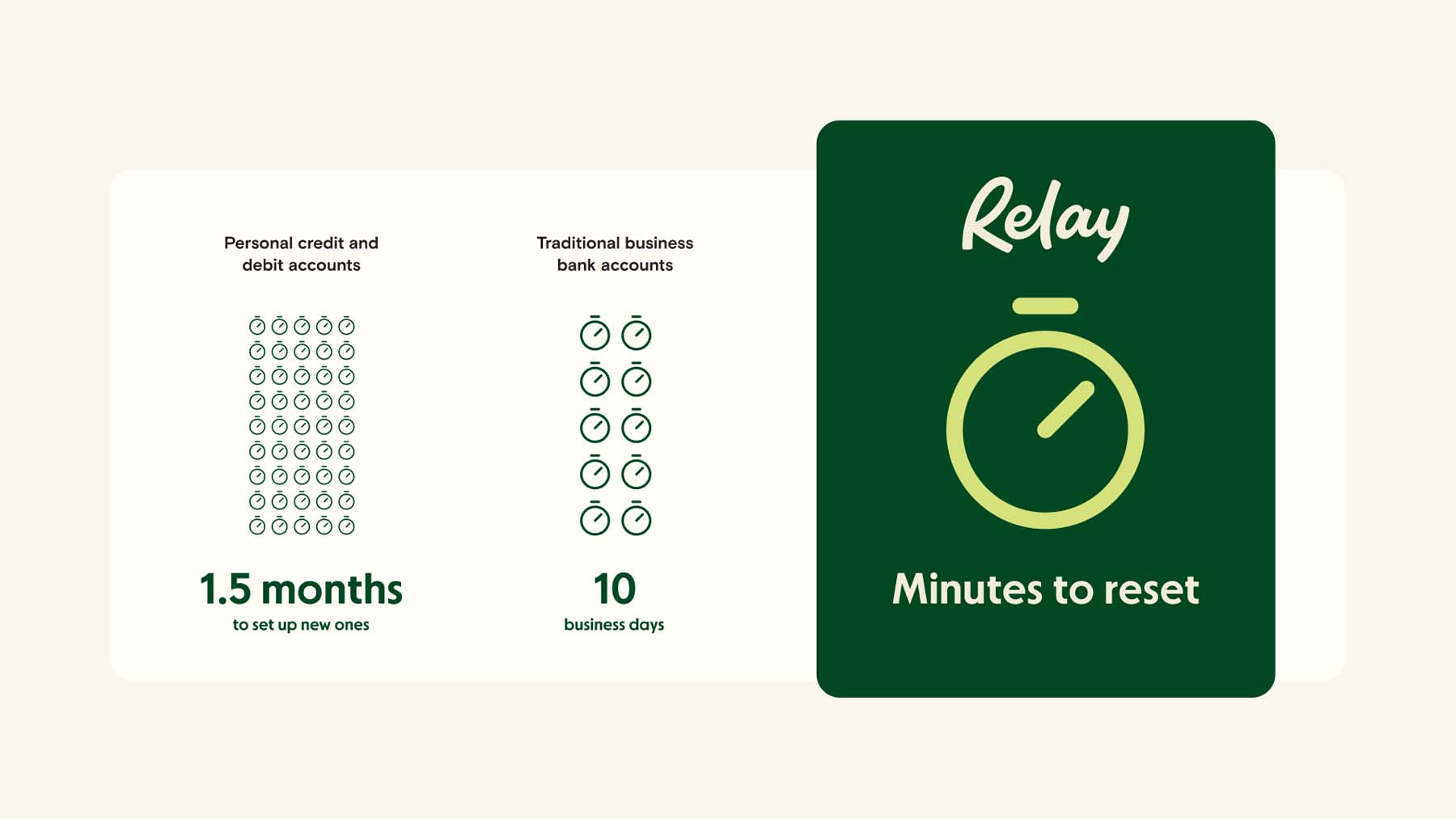 "Our team could not believe how responsive Relay’s support was. They gave us feedback on the right things to do. They recommended the virtual cards to me so that I wouldn't be stranded. And just in general, took care of us in such a comprehensive way that felt so much more than other banks."

The people behind the platform made the biggest difference.

"Nightmare weeks" with other banks

Compared to Relay, traditional banks moved at a much slower pace. Madeline recalls spending hours on hold and dealing with multiple back-and-forths to fully secure her accounts.

"So, I went through a nightmare series of weeks of being back and forth with every single one of my bank providers, every single credit card company—and the amount of energy that had to go to locking things up with those other companies, compared to Relay, was huge. It was a lot of waiting on the phone with people. It was a lot of them going back and forth to verify things."

Once her accounts were all finally locked down and secured, Madeline then had to wait weeks—in some cases more than a month—to get new ones set up and access her funds.

Peace of mind in the aftermath

Madeline has implemented stronger security policies since the incident. The experience also changed how she views online banking.

"It really made me recognize the value of working with Relay, because for me, the peace of mind that I could be anywhere in the world as a business owner and be able to have that level of control over who's transacting in my company, and just put everything on pause, was huge. But the other thing was, it also made it easy for me to actually operate in a way that was safe going forward."

But one thing hasn't changed: Madeline still uses Relay to collaborate on banking with her accountant. For her, secure collaboration remains critical in running an efficient business—whether during a time of crisis or just in the regular course of a working day. 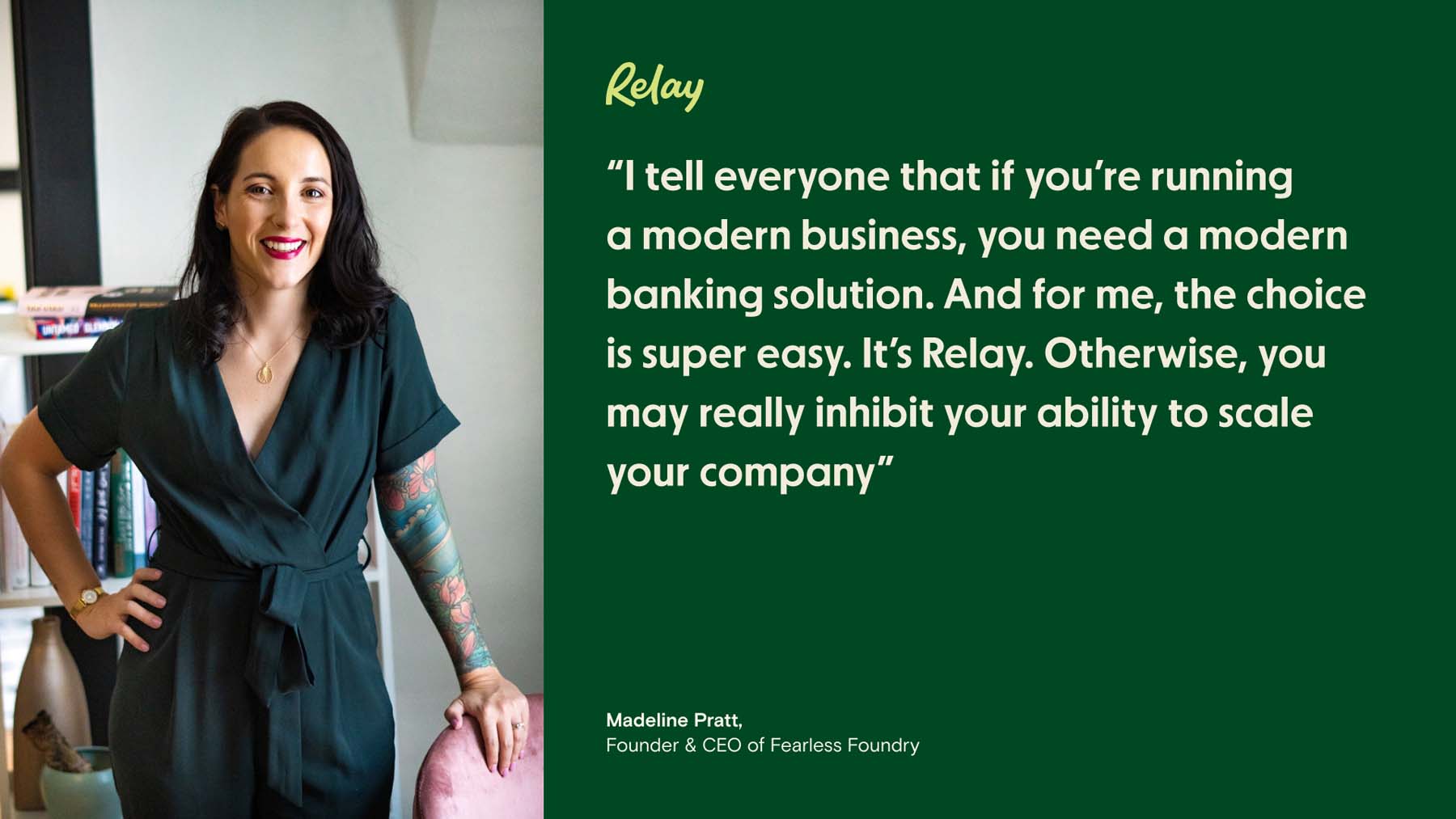 Want to try Relay? Sign up for a free account. Accountants and bookkeepers can also book a demo with our team—you'll get a comprehensive walkthrough of how to get the most out of Relay's business banking when collaborating with clients. 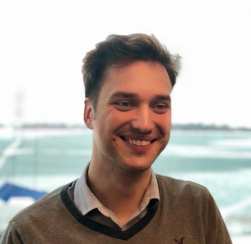